The Little Cougar is awarded to individuals who have served the Western States Endurance Run organization through the years in extraordinarily significant ways. 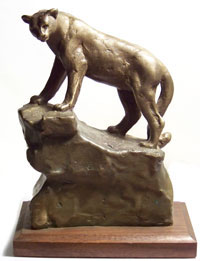 Cast in solid bronze, the Little Cougar weighs in at 6½ pounds.

Ted Knudsen’s influence on the Western States Endurance Run is one that has been felt very acutely by all of the race’s participants, crews, volunteers and organizers – though few would know exactly why.

As the Run’s Chief Technology Officer, Knudsen has revolutionized how all of Western States’ technological infrastructure operates. He has brought industry-standard excellence and innovation to how Western States tracks its runners, how the race’s internal communication operates and interfaces with what is happening on the course in real time, and how the race’s website, both on race day and other special days such as when the entire world is watching in December for the annual lottery, is able to smoothly and efficiently handle a massive audience’s needs. All of the inroads have been made with responsive expectations in mind, and Ted’s steady hand has helped the race seamlessly make the transition to a mobile device-driven world.

Ted’s pioneered how all of ultra running tracks competitors with his founding of ultralive.net in 2009. The free service, which has been used to track all participants at Western States for more than a decade, uses a novel amalgam of the human (a runner tracking coordinator) and the technological by merging and recording data through a combination of HAM radio, WINLINK via HAM (email), Direct Data Entry, Timing Sheet photos via text and timing mat integration. Ted’s Ultralive system has spawned an exciting era of real-time updates regarding a runner’s course progress at races throughout the world. It has placed Western States at the forefront of technological innovations that have made the ultra experience a more intimate and compelling experience, while establishing yet again that Western States is often at the forefront of important innovation in the sport of ultra running.

Given Ted’s professional accomplishments – he’s currently the CTO at Smartwaiver – over a stellar career of more than 25 years in the tech industry, it shouldn’t be surprising that his work would have such a revolutionary impact on how Western States operates.

On Friday, June 28, 2019 in Squaw Valley, the Western States Board of Trustees, in appreciation and recognition for Ted’s profound contributions to the race, paid him the race’s highest honor by presenting him with the Little Cougar Award. The Bend, Oregon resident and four-time Western States finisher joined a group of 23 other individuals and one family who have earned the Little Cougar, which over the years is awarded to individuals who have served the Western States Endurance Run organization in extraordinarily significant ways.

Board member Mark Falcone, in presenting the award to Ted during the Run’s pre-race briefing, accidentally misspoke when he said the Little Cougar was being given to “Ted Cougar.”

Actually, Falcone’s words weren’t that far from the truth. Since running the race for the first time in 2006 and since then creating a gold technological standard for Western States, Ted’s work has been extraordinarily significant. So why not combine his name with the race’s gold standard of an award? 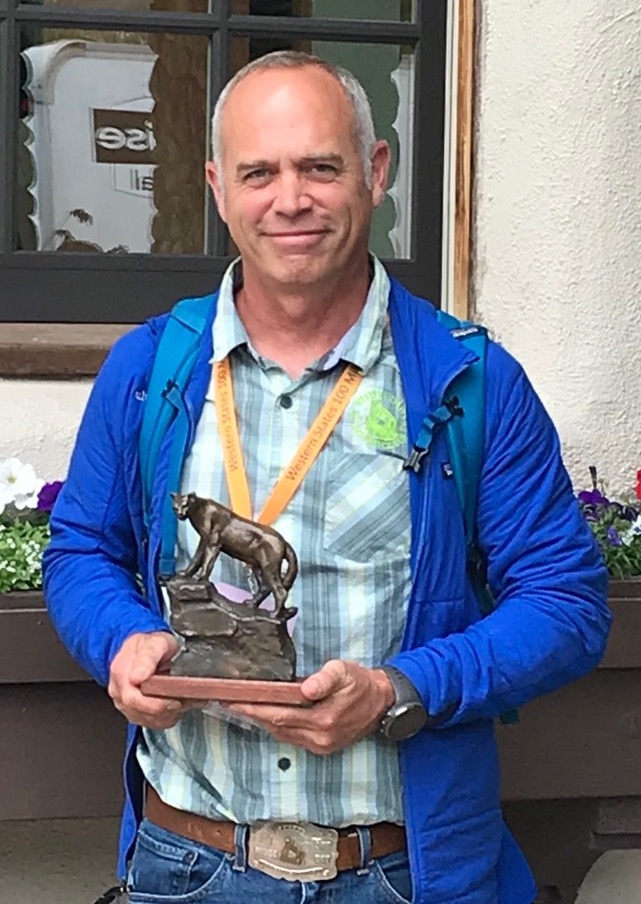