Home » How it All Began

How it All Began

The Western States Trail finds its origins with the Indigenous Peoples who lived in modern day Utah and moved across the Great Basin into what is today Northern Nevada and the Sierra mountains in California. These people included the Washoe, whose ancestral summer home was Olympic Valley and the shores of Lake Tahoe. On the other side of the Sierra Crest, to the west and into the foothills of Northern California, were the Nisenan. For thousands of years, this diverse population thrived on the land’s abundant resources. They used seasonal migration patterns and had sophisticated routes for trade with neighboring Indigenous groups, including the Miwok to the south, the Maidu to the north, and the Patwin to the west.

With the arrival of explorers and settlers in the 19th century, the California portion of the Western States Trail was used as a means of passage between the gold mines in the foothills near Auburn and the silver mines in the Comstock Lode in Nevada. This westward travel by settlers, gold miners, and explorers had a devastating impact on the Indigenous Peoples living in the area and their way of life.

Once the gold and silver rushes of the 19th century faded, so too, in many ways, did the trail. Robert Montgomery Watson, the longtime constable of Tahoe City, California, helped re-discover the trail in the late 1920s. His granddaughter, Mildred Watson Collins, recalled how much Watson loved rekindling history through his rediscovery of the old Placer County Emigrant Road between Lake Tahoe and Auburn, California. Watson and his granddaughter searched for old blazes – cuts or slashes in the bark of the pine trees marking the trail for travelers from years before. At the top of Emigrant Pass, high above Western States’ start in Olympic Valley, stands the rock monument built by Watson in 1931, at an elevation of 8,774 feet, now called Watson Monument. 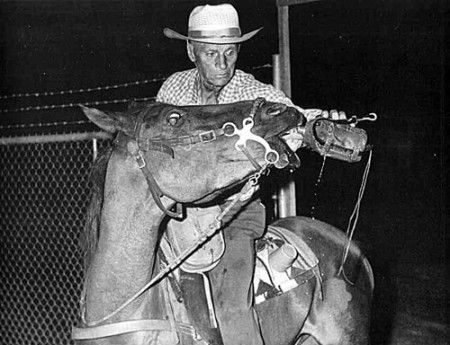 In 1972, a group of 20 U.S. Army infantrymen attempted to hike the trail nonstop, starting one day ahead of the Tevis Cup ride. They were guided by a local horseman, Jim Larimer (who would finish Western States seven years later). Details of the hike are sketchy at best, with some rumored to have taken a short cut and Larimer reporting that several had taken rides on his horse at various points along the way. Nonetheless, seven of the 20 made it all the way to Auburn, in times between 44:54 and 46:49.

In 1974, with the inspiration and encouragement of Drucilla Barner, first woman to win the Tevis Cup and Secretary of the WSTF, Tevis veteran Gordy Ainsleigh joined the horses of the Western States Trail Ride to see if he could complete the course on foot. Twenty-three hours and forty-two minutes later Gordy arrived in Auburn, proving that a runner could indeed run the entire trail within the 24-hour time limit of the Tevis Cup – 100 miles in one day.

In 1975, a second runner, Ron Kelley, attempted the same feat, only to withdraw within two miles of the finish with ample time remaining. In 1976, Ken “Cowman” Shirk ran the 100 miles, finishing just 30 minutes over the 24-hour mark.

In 1977, 14 men from four states participated in the 1st official Western States Endurance Run, which was held in conjunction with the Tevis Cup Ride. Runners were monitored by Dr. Bob Lind at the three veterinary stops set up for the horses, and although the race organization transported the entrants gear, runners were responsible for producing all of their own supplies, except water. Three runners finished the course: Andy Gonzales, age 22, in the record-breaking time of 22:57, and Peter Mattei and Ralph Paffenbarger, ages 53 and 54, who tied in 28:36 (and the 30-hour award was born!).

1978 heralded a dramatic increase in both interest and participation in the Western States Run. Culminating a year-long effort by the inspired Gang of Four (Phil Gardner, Mo Livermore, Shannon Weil, and Curt Sproul) to create an independent event, the race took place in June, a month earlier than the Tevis Cup Ride. The event mushroomed to include 21 aid stations and six medical checks, thanks to an ever-growing corps of loyal volunteers and the support of the Placer County Sheriff ‘s Communications Reserve and the Search and Rescue Unit. 63 adventurers ran the race, and the first woman, Pat Smythe, finished in 29:34. 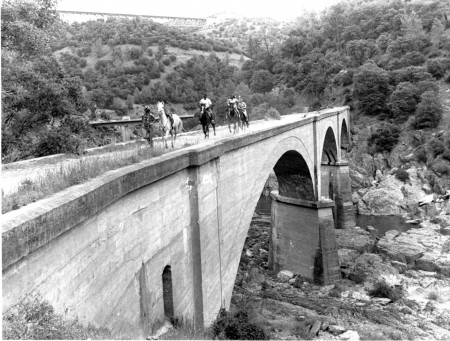 In 1979, 143 runners from 21 states and three foreign countries attempted the course. Since then, interest in the Run has continued to grow – with demand far exceeding the 369 entrants allowed each year.  Today, athletes from across the nation and around the globe arrive in Olympic Valley on the last weekend in June to share in what for many is a once-in-a-lifetime experience of running Western States.