Home » General Interest » This Will Never Catch On: The Birth Of An Icon

This Will Never Catch On: The Birth Of An Icon

On Sunday evening after the Cal St Memorial Day Weekend Training Run we have a special evening planned for you. Gordy Ainsleigh, Shannon Weil, and Dr. Bob Lind will talk about the birth of the Western States 100-Mile Endurance Run. The discussion will be facilitated by 25-time WS finisher Tim Twietmeyer and 10-time finisher John Trent.

In 1974, with the inspiration and encouragement of Drucilla Barner, the first woman to win the Tevis Cup and Secretary of the Western States Trail Foundation (Tevis Cup), Tevis veteran Gordy Ainsleigh joined the horses of the Western States Trail Ride to see if he could complete the course on foot. Twenty-three hours and forty-two minutes later Gordy arrived in Auburn, proving that a runner could indeed traverse the rugged 100 miles in one day. 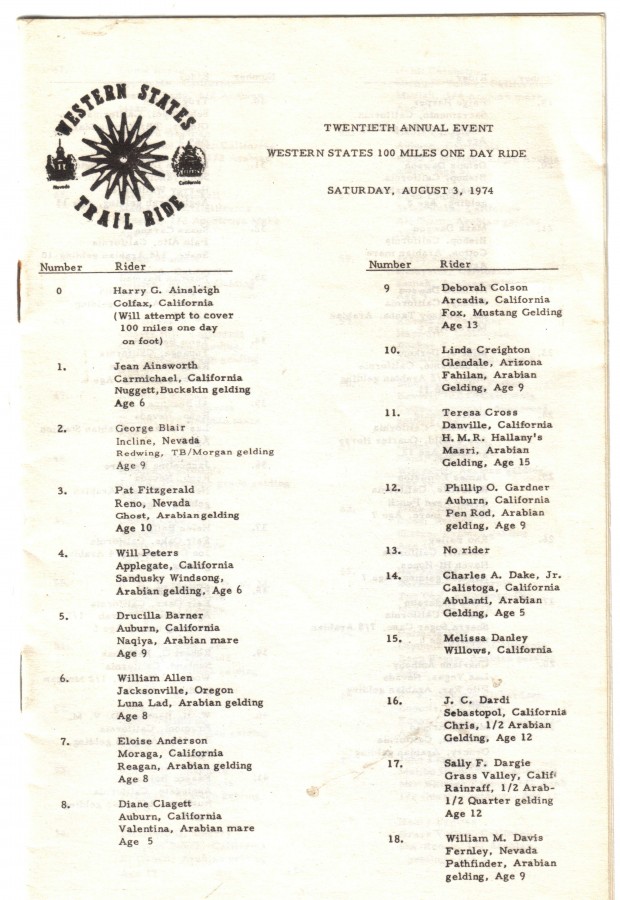 In 1975, a second runner, Ron Kelley, attempted the same feat, only to withdraw within two miles of the finish with ample time remaining.

In 1977, 14 men from four states participated in the first official Western States Endurance Run, which was held in conjunction with the Tevis Cup Ride. Runners were monitored by Dr. Bob Lind at the three veterinary stops set up for the horses, and although the race organization transported the entrants’ gear, runners were responsible for producing all of their own supplies, except water. Three runners finished the course: Andy Gonzales, age 22, in the record-breaking time of 22:57, and Peter Mattei and Ralph Paffenbarger, ages 53 and 54, who tied in 28:36 (and the 30-hour award was born!).

1978 heralded a dramatic increase in both interest and participation in the Western States Run. Culminating a year-long effort by the inspired “Gang of Four” (Phil Gardner, Mo Livermore, Shannon Weil, and Curt Sproul) to create an independent event, the race took place in June, a month earlier than the Tevis Cup Ride. The event mushroomed to include 21 aid stations and six medical checks, thanks to an ever-growing corps of loyal volunteers and the support of the Placer County Sheriff ‘s Communications Reserve and the Search and Rescue Unit. Sixty-three adventurers ran the race, and the first woman, Pat Smythe, finished in 29:34.

Posted in General Interest, WSER Foundation | on: April 8th, 2014 by Craig | Comments Off on This Will Never Catch On: The Birth Of An Icon