The Western States Endurance Run Foundation (WSERF, organizer of the Western States 100-Mile Endurance Run) and Western States Trail Foundation (WSTF, organizer of the Tevis Cup), in partnership with the American River Ranger District and Truckee Ranger District of the U.S. Forest Service (USFS) and Auburn State Recreation Area (ASRA), wish to announce the creation and implementation of a new model to maintain and improve the trail(s) used by both events.  The new Volunteer Steward Program, modeled after successful approaches used to maintain the Pacific Crest Trail and Tahoe Rim Trail, will rely on relatively small well-trained and highly committed groups of volunteers to maintain and improve the Western States and Tevis Trail system.

Although the courses for the Western States Endurance Run and the Tevis Cup vary in certain areas, they share the same trail over the majority of their 100 mile reach.  Both organizations have a long history with respect to use of the trail system, and have individually and in partnership built and maintained much of the trail that exists today.  Therefore it makes sense to draw from the resources of both organizations to create a focused and efficient system for trail maintenance and improvement.

This new system of trail management will be lead by John Catts (WSER finisher and volunteer, and equestrian), with support from Nicole Wertz (Tevis Trail Manager).  To facilitate trail management, the Western States trail system has been segregated into eight Trail Sections.  Each Trail Section has a designated Trail Section Lead, and these Section Leads are currently in the process of assembling their respective Trail Section Teams.  With a defined management structure and designated Section Leads our goal is to work closely with the USFS and ASRA to identify trail maintenance needs, and work with the USFS and ASRA to both maintain the trails and plan and implement special projects.

Although a number of our Section Leads have current chain saw and first aid (with CPR) certification, we have set up training classes to keep our Section Leads and their core team members current with their training, and to provide training for those not yet certified. We have encouraged our Section Leads to participate in trail crew leadership workshops.  With a higher level of training and skill our Trail Section Teams should be able to more efficiently respond to trail related issues, and help plan and implement both regular maintenance and special projects over a greater portion of the year.

With respect to entrants selected to participate in the Western States Endurance Run, and their mandatory volunteer requirement, the WSERF and WSTF want to continue to encourage participants to give back to our community, so the volunteer requirement will remain in effect.  Although there may be fewer opportunities to fulfill an 8-hour volunteer requirement on the Western States Trail system, there will likely be a one or two trail work opportunities each year that will be advertised on the WSER (wser.org) and Tevis Cup (teviscup.org) webpages.  These events will likely be special projects where we need greater numbers of people to move or place materials.  We will still organize the Robinson Flat Trail Work Campout and Celebration (June 21/22, 2019) to complete trail work in the High Country in advance of WSER and the Tevis Cup. And you are encouraged to join one of our Trail Section Teams by contacting a Section Lead or John Catts (trails@wser.org).

In addition there are many other opportunities to help our trail community, by volunteering your time to either do trail work or work an aid station or vet check (see the WSER and Tevis volunteer pages).  As an example The Canyons Endurance Run has already planned local trail work days on April 13/14, May 11/12, and July 6/7, with signup at ultrasignup. Because this is a shift in how the WSER and Tevis Cup trails have been maintained in the past (a handful of core individuals and a number of large volunteer days), it will take some time to optimize our new Volunteer Steward Program. So please feel free to join a team, provide constructive feedback, or participate in our Robinson Flat Campout to learn how you can help.

The ARC, of Coloma, Calif., having partnered with Northern Sierra Partnership of Palo Alto, Calif., and the Nature Conservancy earlier this year, was able to reach its fundraising goal of $11 million in late July. Through fundraising and matching efforts of their own, the Western States Trail Foundation ($250,000) and the Western States 100-Mile Endurance Run Foundation ($100,000) contributed to the ARC’s total.

“We are so appreciative for the generosity the Ride and Run communities have shown over the past year,” Benedetti and Trent said jointly. “Our stakeholders have recognized the importance of this project. They’ve stepped up to the plate with donations, and with their overwhelming support in making sure we were able to cross the finish line for this project. It’s been quite an effort over the past year to organize, to raise money, and to make sure that the interests of our stakeholders were well-represented throughout the entire process.”

The 10,000 acres, located immediately west of Lake Tahoe and Squaw Valley, Calif., had been previously owned by a timber investment firm. It includes 1,200 acres of mountain meadow and is considered a vital part of the State and Federal water delivery system to 23 million Californians. The area includes four “blue-ribbon” trout streams and three popular trails, including the hiking/running and equestrian trail used by the Tevis Cup and Western States 100 events, as well as the Picayune Valley Trail.

It has been a few months since our last update regarding the Granite Chief fundraising campaign that Western States embarked upon last fall with the Western States Trail Foundation (“The Tevis Cup”) and the American River Conservancy.

Here is the latest news:

Western States has successfully met its fundraising goal of $50,000. Your contributions, matched by the Western States trustees from our reserves created for purposes just as this most vital one, produces a total Run community support exceeding $100,000. Thanks to all of you for the generosity and interest you’ve shown in this effort. Your support is yet another example of the wonderful community and truly remarkable spirit that envelops all aspects of the WS 100.

According to the American River Conservancy, about $7.5 million of the overall fundraising goal of nearly $11 million needed for the Granite Chief acquisition has been achieved. The project’s deadline (escrow closure with the present owner) has been extended until July 31, which will allow ARC to complete the effort toward its fundraising goal. The ARC is now partnering with the Northern Sierra Partnership, of Palo Alto, Calif., and the Nature Conservancy, to advance the project, which we hope to achieve by the end of July.

On behalf of the Western States 100-Mile Endurance Run Board of Trustees, thank you again for your generosity in helping move this important initiative forward. We will of course continue to keep you advised of further developments.

In July, it was announced that the American River Conservancy (ARC), a non-profit, 501(c)(3) public-benefit organization based in Coloma, Calif., had signed a purchase contract to acquire 10,000 acres of mountain meadows and old-growth forest at the headwaters of the American River. The purchase area, located immediately west of Lake Tahoe and Squaw Valley, has long been considered by our board to be the most strategically vital area in ensuring that the Western States Trail remains open and accessible for all public recreation for years to come. Once completed, the ARC’s purchase will join together two existing roadless areas, the Wild and Scenic North Fork American River and the Granite Chief Wilderness into a large block of contiguous protected land. The Western States Trail crosses this 10,000-acre of private land. Our board strongly believes that purchase of this land will guarantee the availability of these trails to hikers, runners, and equestrians, and enable the 100 miles of the Western States Trail to qualify for National Trail designation. We’ve agreed to help ARC in the next phase of this effort, which will include fund-raising for the $10.167 million purchase price from the parcel’s private owners. The Western States Endurance Run Foundation has pledged up to $50,000 to match donations made by friends of our organization. 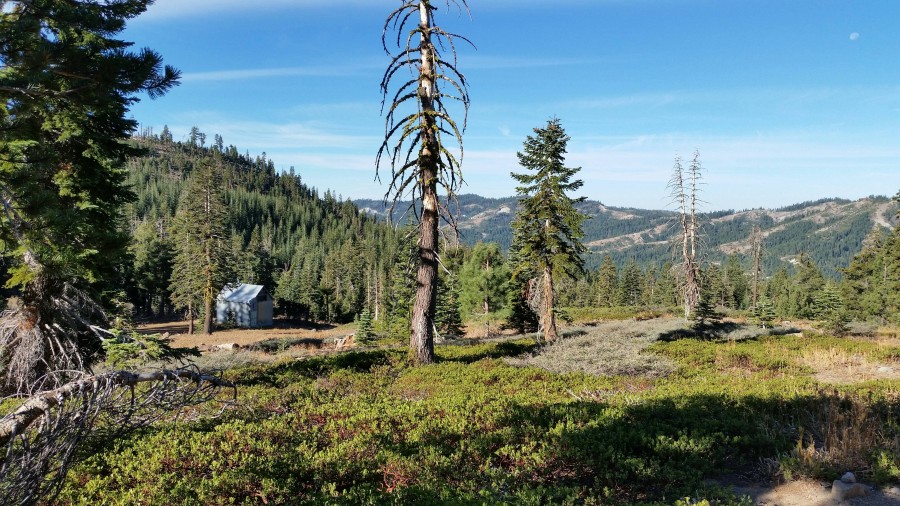 Against this backdrop, we are seeking your support. Please consider a donation on behalf of this historic effort to ensure that the “high country” portion of the Western States Trail remains open to the public in perpetuity. Deadline for donations in support of this effort is March. 1, 2015. One hundred percent of all donations will go toward the purchase price of $10,167,000, and, if for any reason the American River Conservancy fails to raise sufficient funds to acquire the subject property, then 100 percent of the donations will be returned to the donor. To make a contribution, please go to the Western States website at the following link. http://www.wser.org/granite-chief-wilderness-campaign/

To find out more about the ARC and the acquisition, go to arconservancy.org. Thank you in advance for your consideration regarding this project and your much-appreciated support of our race. 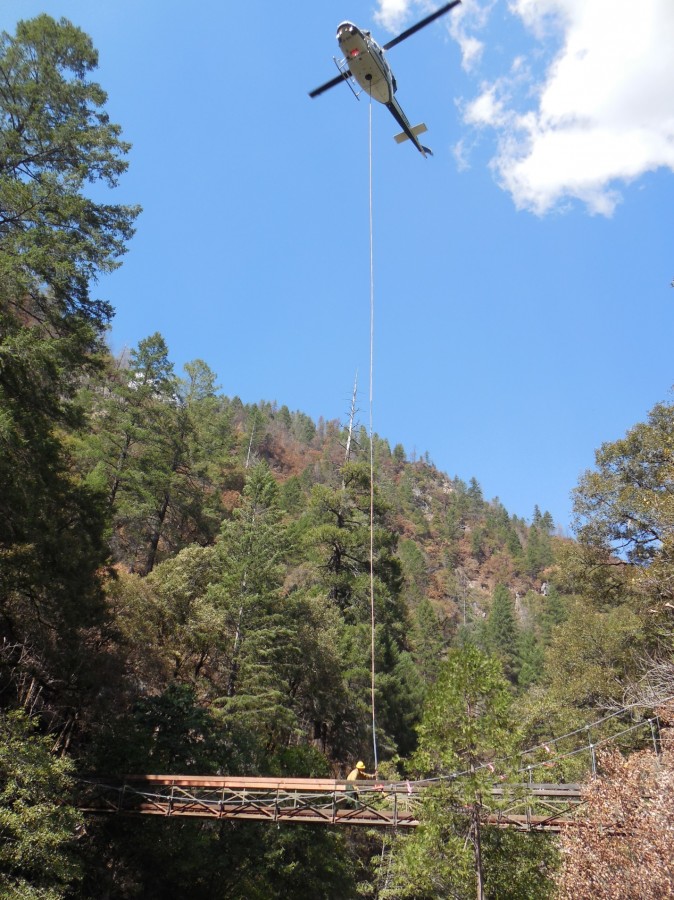 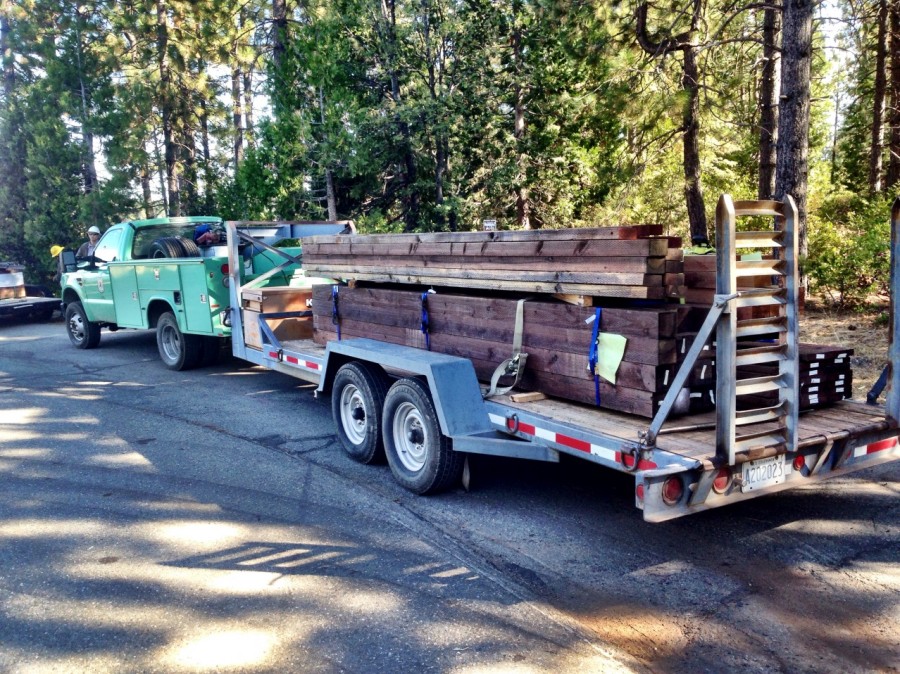 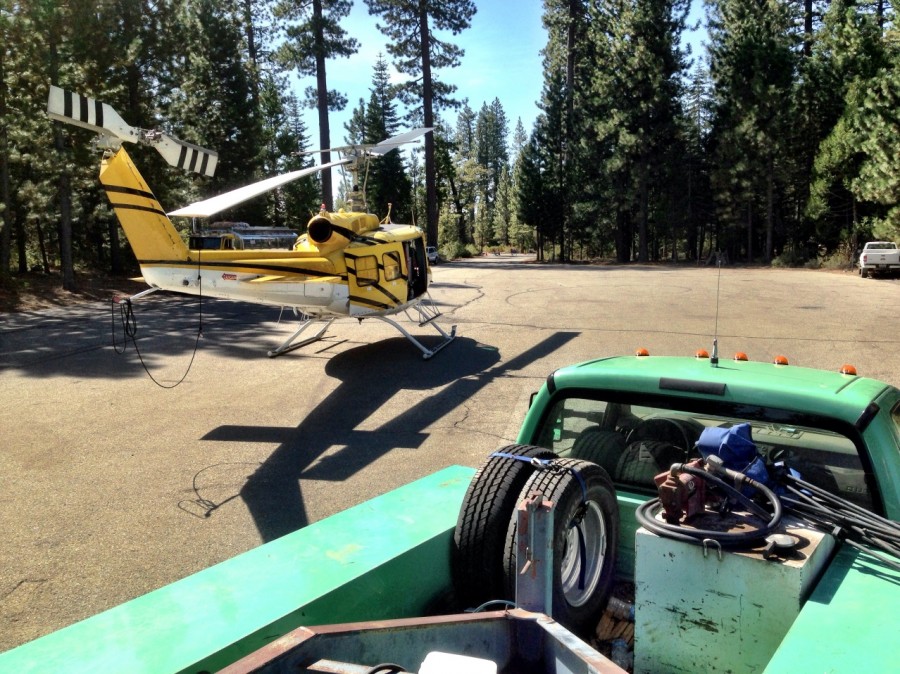 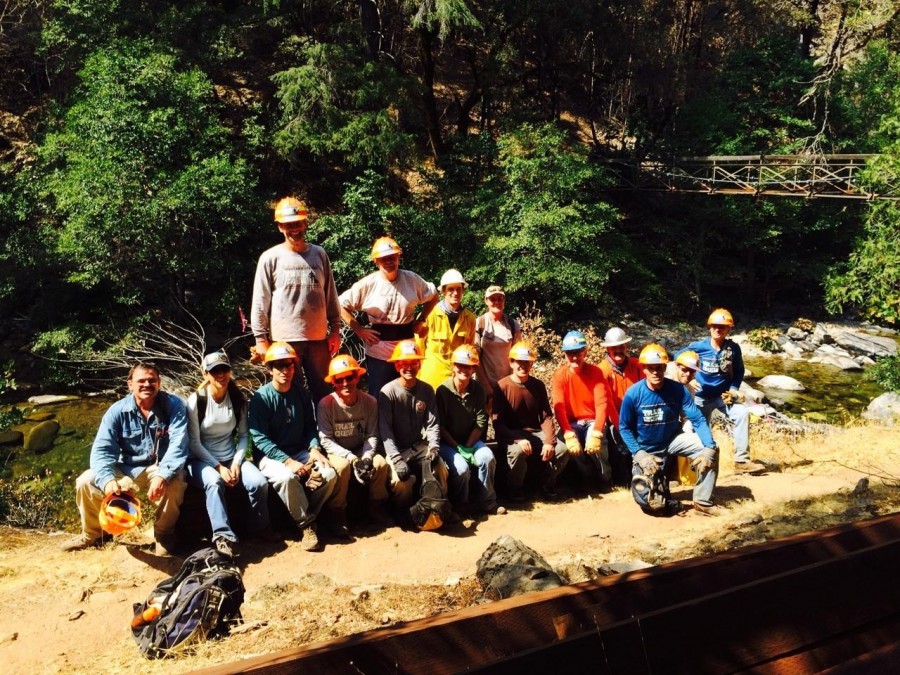 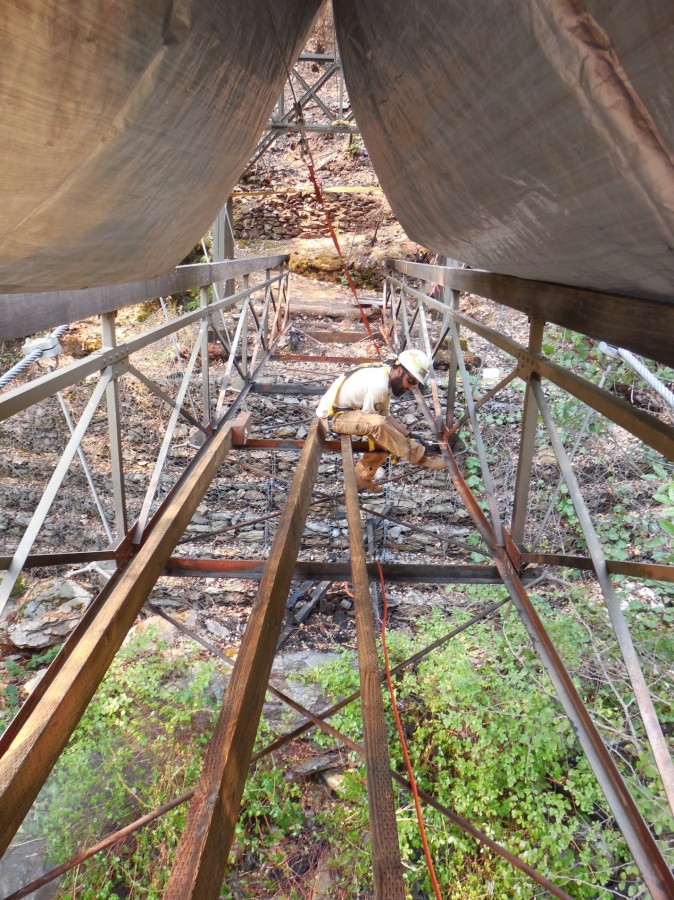 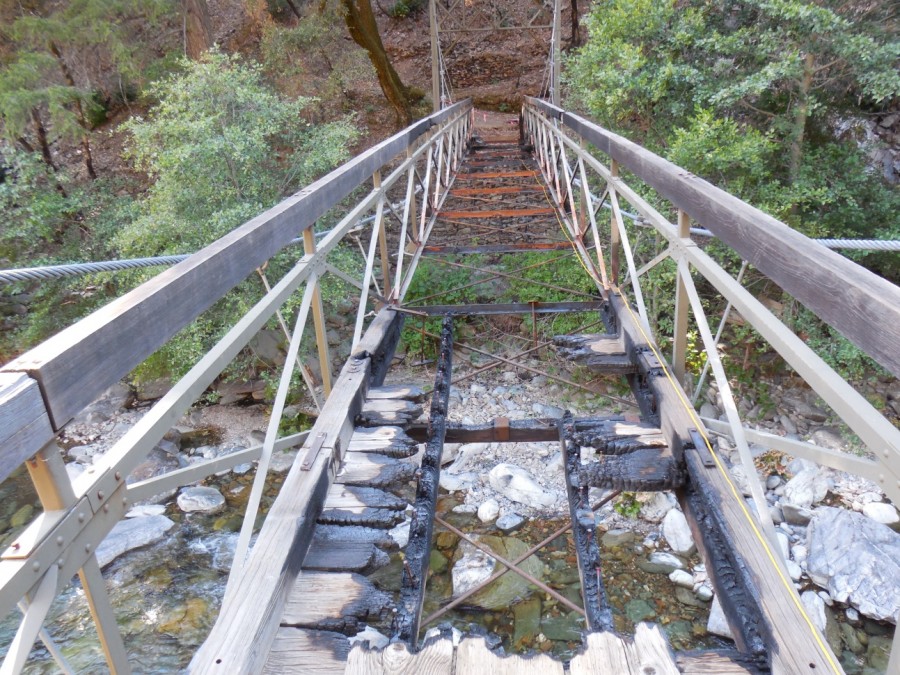 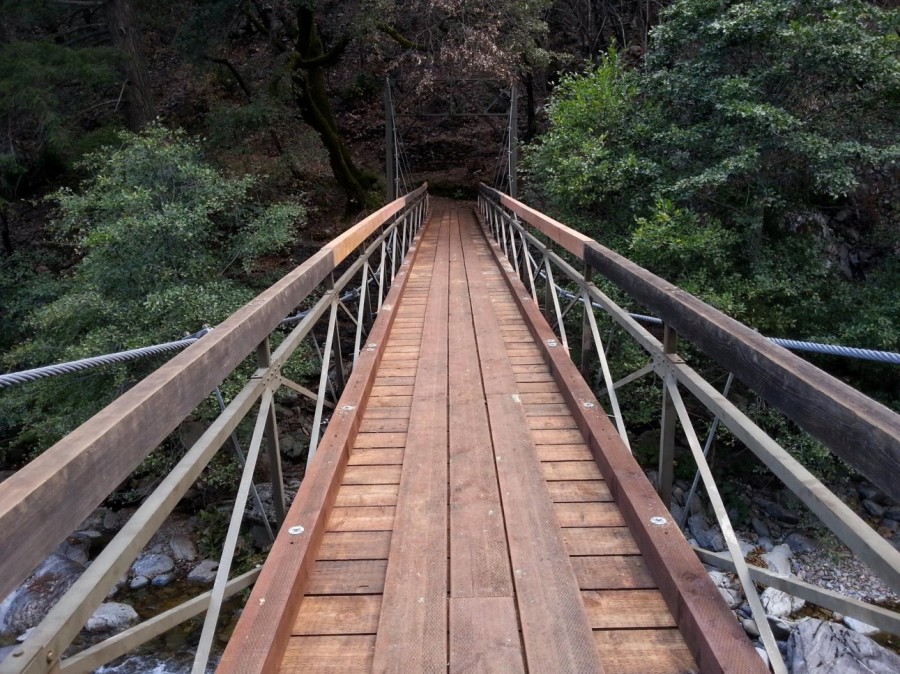 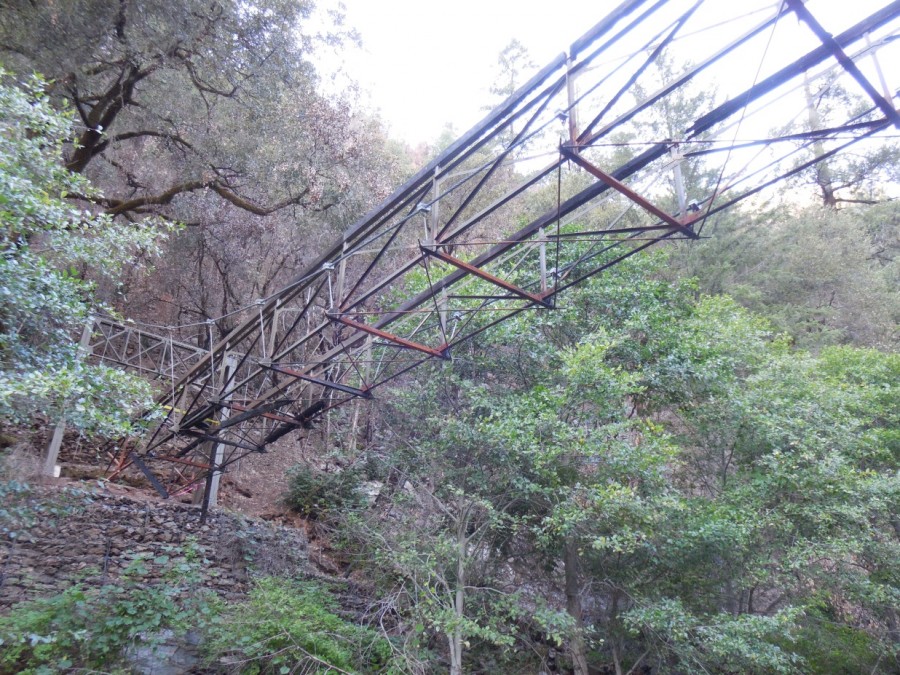 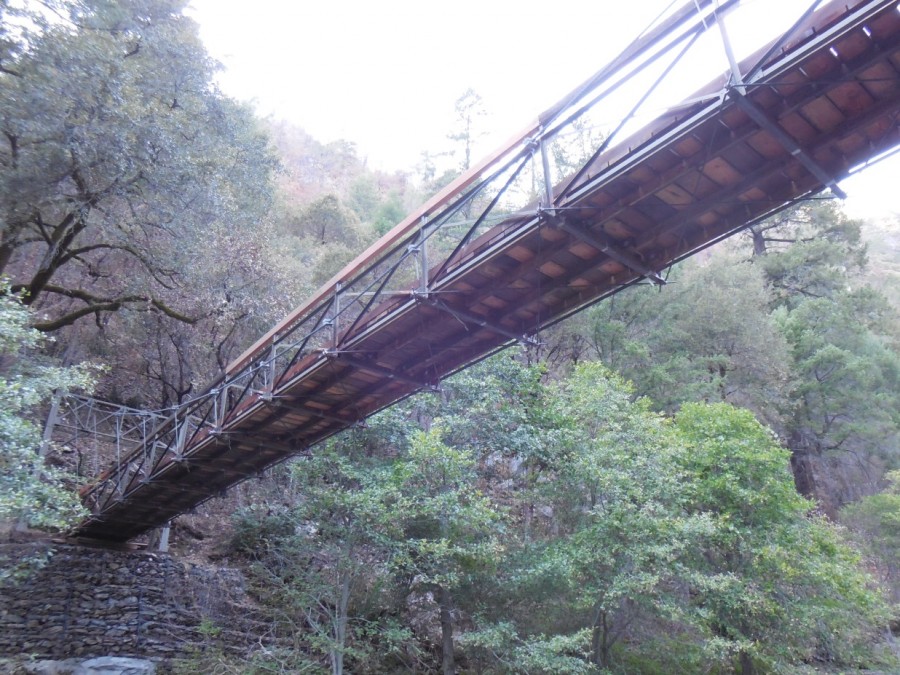 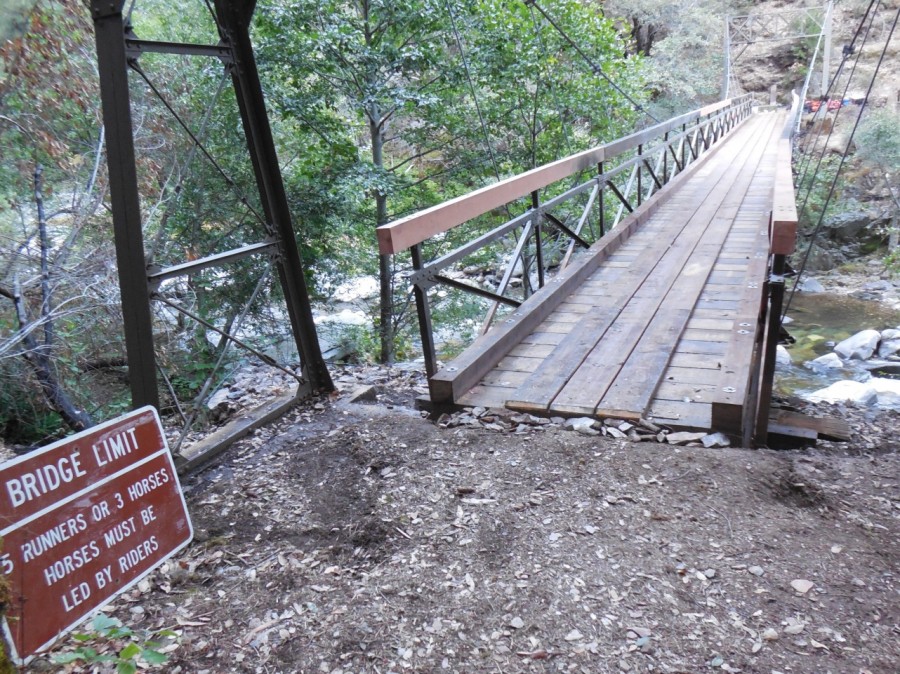