Here are the results of the independent Western States Endurance Run (WSER) Runner Survey from the June 24-25, 2017 race, conducted by ultralive.net.

WSER runner registration takes place in Squaw Valley Friday before race day and 2017 allowed for another year of the ultralive survey team to be in position. Runners are happy to participate while they wait in line for check-in providing us a 92% participation rate of the 369 starters. At the suggestion of a fellow data geek we added an interesting question this year about the diet of WS runners!

The runners were asked the following questions. Data was recorded by bib number allowing us to correlate the responses to finish times to make the analysis even more interesting. All data however is compiled and reported anonymously:

This year’s race proved even more challenging than past with pre- and in-race weather conditions. We can assume that had an impact on completion rate as well as finishing time. Of the 369 starters we saw 248 finishers (67.2%) under 30 hours of which 82 (22.2%) finished under the coveted 24 hour mark for a Silver Buckle (for comparison 28.9% in 2016). 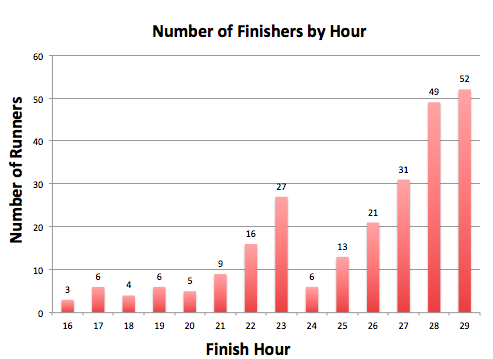 There was no difference in experience between those that started and finished the race with an average completing 5.5 100-mile races before toeing the start line at Squaw and 7.5 years running ultras.

Those that Did Not Finish (DNF) (121 in total) had on average completed 5.8 100-mile races before arriving in Squaw with 8 of them selecting WSER as their first 100 mile race. They also had an average of 7.5 years in ultrarunning, consistent with those who did eventually finish the race. 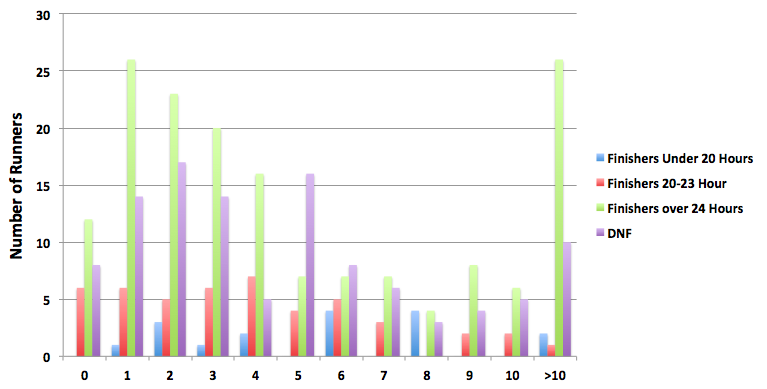 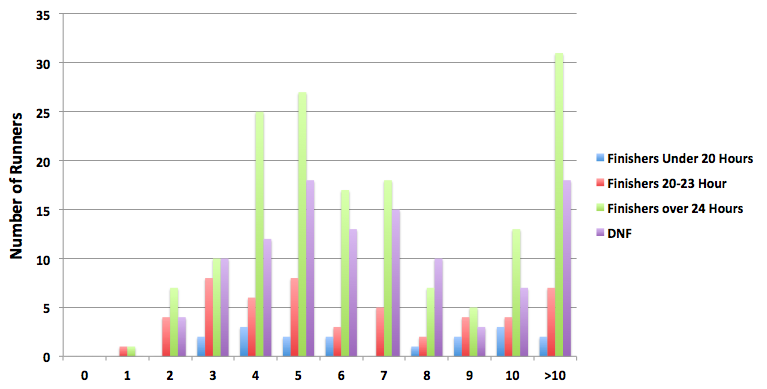 This is the fourth year Hoka was the most popular shoe (25%) for all finishers with Altra making a significant jump from from 16% of our survey respondents in 2016 to 23% this year. Salomon squeaked past Brooks in our survey respondents this year for third place. There was a shift in shoes compared to finish hour this year with 31% of sub-24 finishers now wearing altra over 15% Hoka. We acknowledge some runners did plan to change shoes during the race and may have changed to a different brand so we asked that they provide the brand they planned to start the race wearing.

Shoes Worn by All Runners: 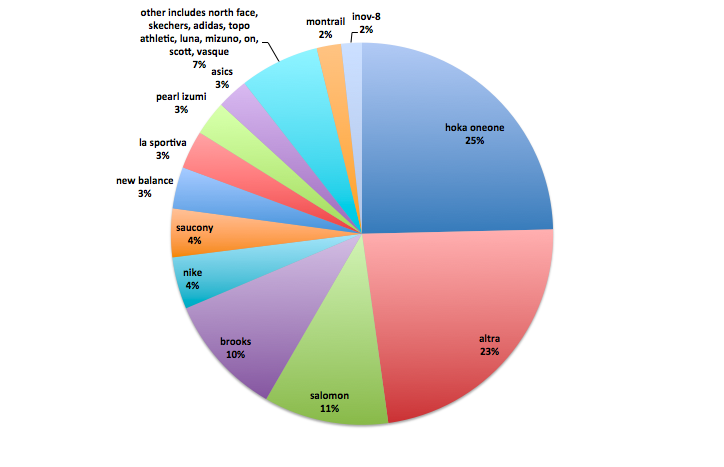 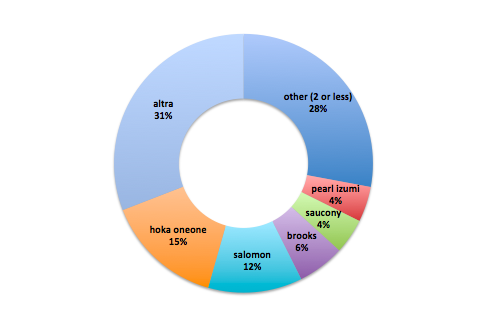 Injinji continues to be the primary choice for all finishers with Drymax’s popularity increasing again this year like last. There was another shift however with sub-24 finishers who prefer Drymax over injinji.

Socks Worn by All Runners: 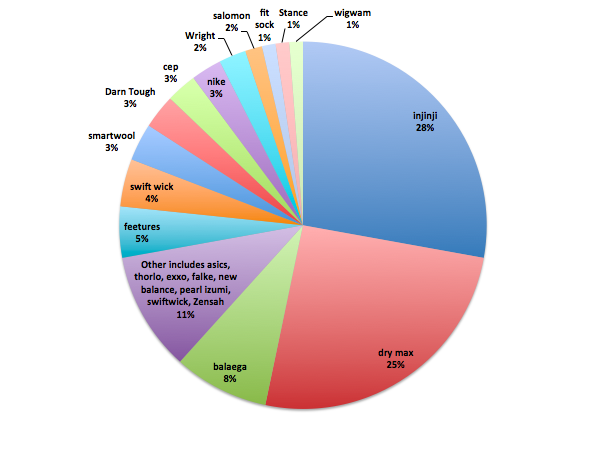 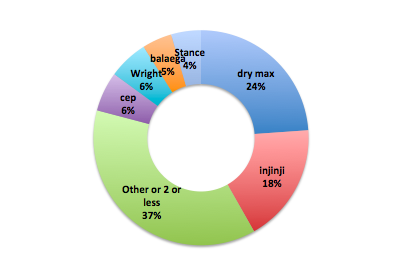 There was a decrease in the number of athletes using coaching services to 24% of all runners compared to 41% of 2016 starters using a coach. Near the same amount of those finishing the race used a coach and of the sub-24 hour finishers, 19% used a coach comparable to the 17.5% in 2016. 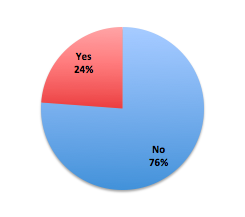 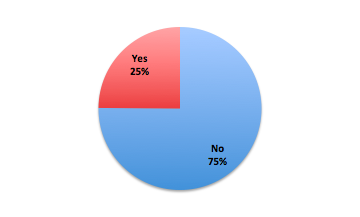 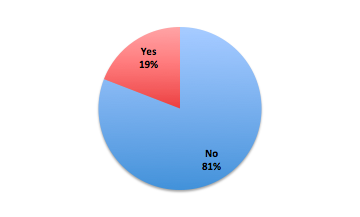 The training camp held on Memorial Weekend is a great weekend to get on the course for those running, supporting or spectating the race. This year one-third of racers were able to attend at least one of the training days and while previewing the course may help it is not required to finish the race. 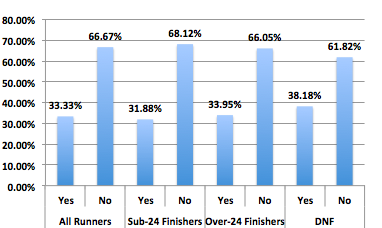 % of All Starters, Sub-24 Finishers, over 24-Hour Finishers and those who DNF’d Attending Memorial Weekend Training Runs

The use of a crew and/or pacer are personal preference during a 100-mile race but may be more popular at WS – what are your thoughts? Here is a breakdown of crew and pacer use for all starters, finishers and those that DNF’d. The data may suggest that the use of a crew and/or pacer may increase your chance of finishing a 100-mile race and even finishing in under 24 hours. 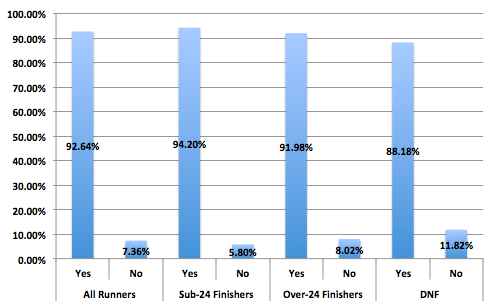 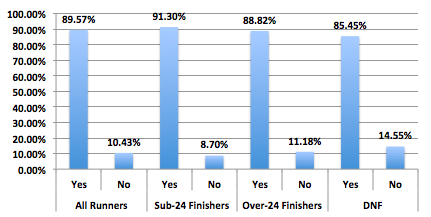 Although Petzl’s popularity dropped slightly, it remains the favorite light brand for all runners regardless of finish time (sub or over-24 hour).  And the winner (Ryan Sandes) did require a headlamp this year for the final miles of the race. 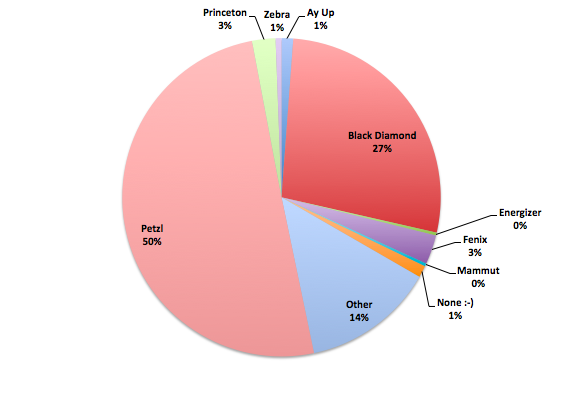 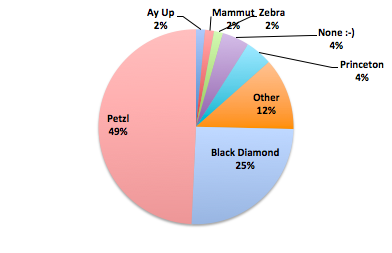 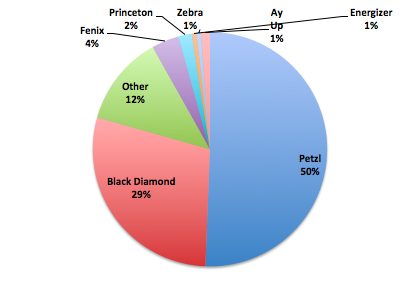 For all runners, Ultimate Direction and Salomon almost tied for the first place spot compared to last year from a small decrease for UD and similar increase for Salomon use. Nathan maintained third place. 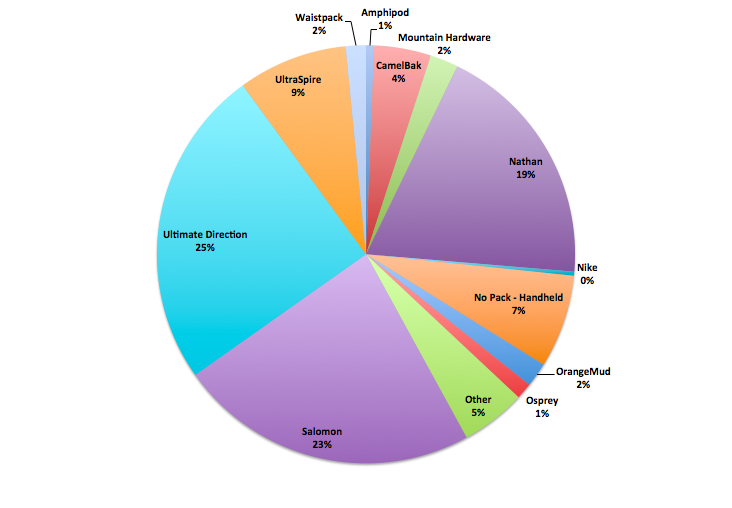 This remained consistent for all finishers 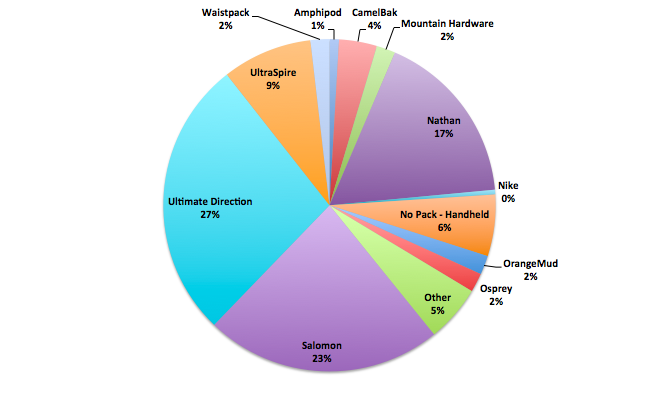 Among the sub-24 hour finishers however Nathan surpassed Salomon for second: 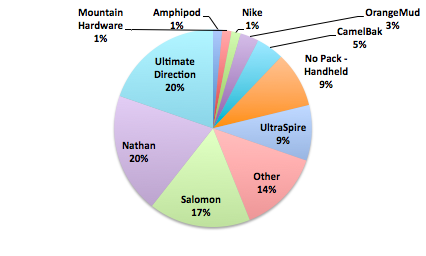 We saw a decrease compared to last year in the number of all runners opting for handhelds in lieu of a hydration pack (5% total) likely due to the known hot weather forecast they would face during the day.

A new question we added this year was at the suggestion of another data geek ultrarunner… if a runner follows any non-traditional diet. The question did generate a lot of good laughs and we will have to add the beer and pizza diet to next year’s survey however here is how the respondents answered: 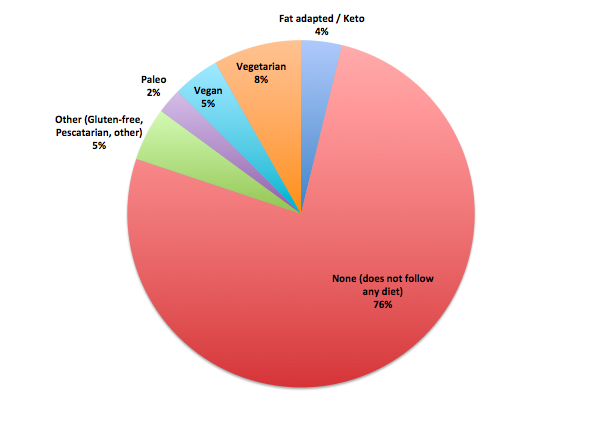 Ultralive.net team surveyed a majority of those runners through the registration process at Squaw

Final survey reflects N = 341 (92%) athletes though individual questions may vary if athlete did not answer or know answer.

Many thanks to the ultralive.net survey team: Kara Teklinski and Monique Winkler.

Analysis by Kara Teklinski who acknowledges she is not a statistical analysis expert and welcomes any thoughts!

Posted in General Interest, Surveys | on: July 1st, 2017 by Craig | Comments Off on 2017 Runner Survey Results